Today I would like to tell you about my fantastic experience in an excursion where the historical meets the nature and the ancestral is mixed with the beliefs.This excursion is “Piramides de Guimar and Candelaria “. 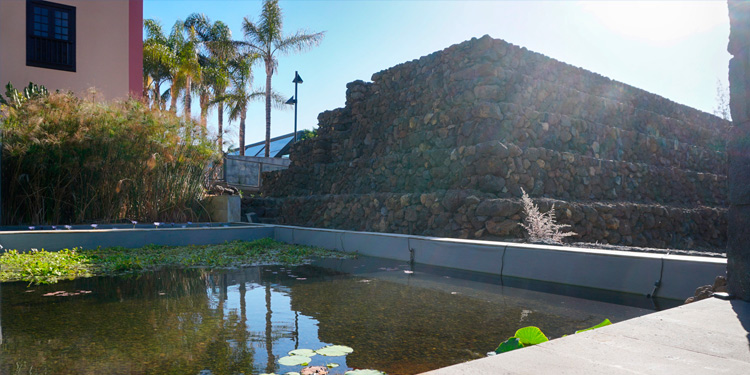 I would like to start with some important information regarding timetable and places which are included in this excursion.It is running only on Wednesday and takin into account that is a half day excursion, the tour last until 14:00 aprox.We have different meeting points in the south,from Los gigantes until El Mèdano so if your hotel is not a meeting place,do not be worry because you will walk maximum 5 minutes to reach the meeting point. During the tour, there will be our guide, who will explain you interesting things and in “Guimar Piramids” there is another guide who is going to explain your everything related to the pyramids and its curiosities.

The first stop is in Güimar Village,which is located at the border between the south and the north of the island.The name was given by the aborigines of the island and people think that the mean is corner or angle.There, you can find the museum of the pyramids,the pousonous garden, among other interesting things.Pyramids are formed by volcanic stones with stepped forms which remind those of Egypt.Its size is about 64 square meters and it was built 5000-7000 years ago so it is contemporary with Egypt and Mexico.

It is believed that the aborigines used it as a place for their rituals and as an offering to the gods.Other curiosity of the pyramids is its perfect astronomical alignment. During summer solstice,it could be observed form the highest pyramid the phenomenon called “Double Sunset”. Today, we know that Guanches did not go only to pray because just below of one pyramid was found one aboriginal settlement.All this information will be explained by the guide during the tour. The truth is that the reason of its existence is amistery and this add an extra magic to the place.

In the park you can not only see the pyramids,you can also enjoy the didactic museum and a cinema showing a documentary film about the pyramids and the creator of the park. There is also a poisonous garden to visit with more than 70 different species from all around the world,some of the them, the most toxic around the world.

Once we finish the visit, we go to the village of Candelaria where the patron of canary island resides, “The Virgin of Candelaria”.She is in a cathedra next to the coast,very close to the place where the aborigines saw her in 1594.This virgin is also know by “La Morenita” because of the color of her skin.

The cathedra takes place in “the square of the patron of Canary Island” in which you can see the 9 menceyes of Tenerife.They are the aboriginal representatives of the different realms that existed in the island 100 hundred years before the Spanish conquest.With this last stop, the excursion finish and we go back to the hotels. 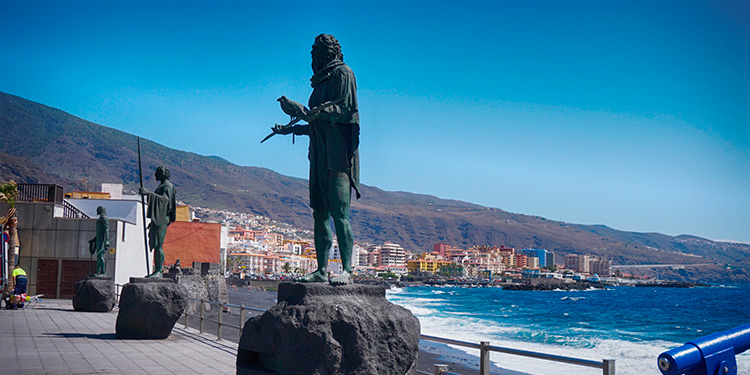 To be honest you feel so happy at the end and with the feeling of knowing much more about the Tenerife island and its history.

Without hesitation,is a recommendable experience for all the people that want to know

more about the island.